The Town of Ames, with less than 250 residents, is now the smallest town in Oklahoma to install a Vortex Splashpad.  In the summer of 2012, the idea of a Splashpad was proposed to the Town government.  They reached out to Power Play, the local Vortex Aquatic Structures representative, and together they established a concept and budget for their Splashpad.  The Splashpad cost $85,000, of which $52,000 was raised through business and private donations and fundraising.  The Committee sold inscriptions on a granite wall and paver stones, held several fundraising dinners and an auction, and published and sold a cookbook called “Makin’ a Splash”.  The Town of Ames paid for the balance of the project.

The flow-through Splashpad is 3,000 ft2 and includes features such as a Bucket Trio, Sunspray, Aqua Dome, Rooster Tails, Ground Geysers, Directional Jets, and three (3) Safeswap Ground Sprays which will allow them to add three (3) above ground pole features as additional funds are raised.  The Committee and Town worked extremely hard over the past two years to make their Splashpad a reality.

“It took a lot of hard work, but when we turned on the water and saw how happy the kids were running and playing in the Splashpad, it made it all worth it.  We are so grateful to everyone who loves this Town and donated money for this special project.”   (Lea Ann Turner, Splashpad Committee) 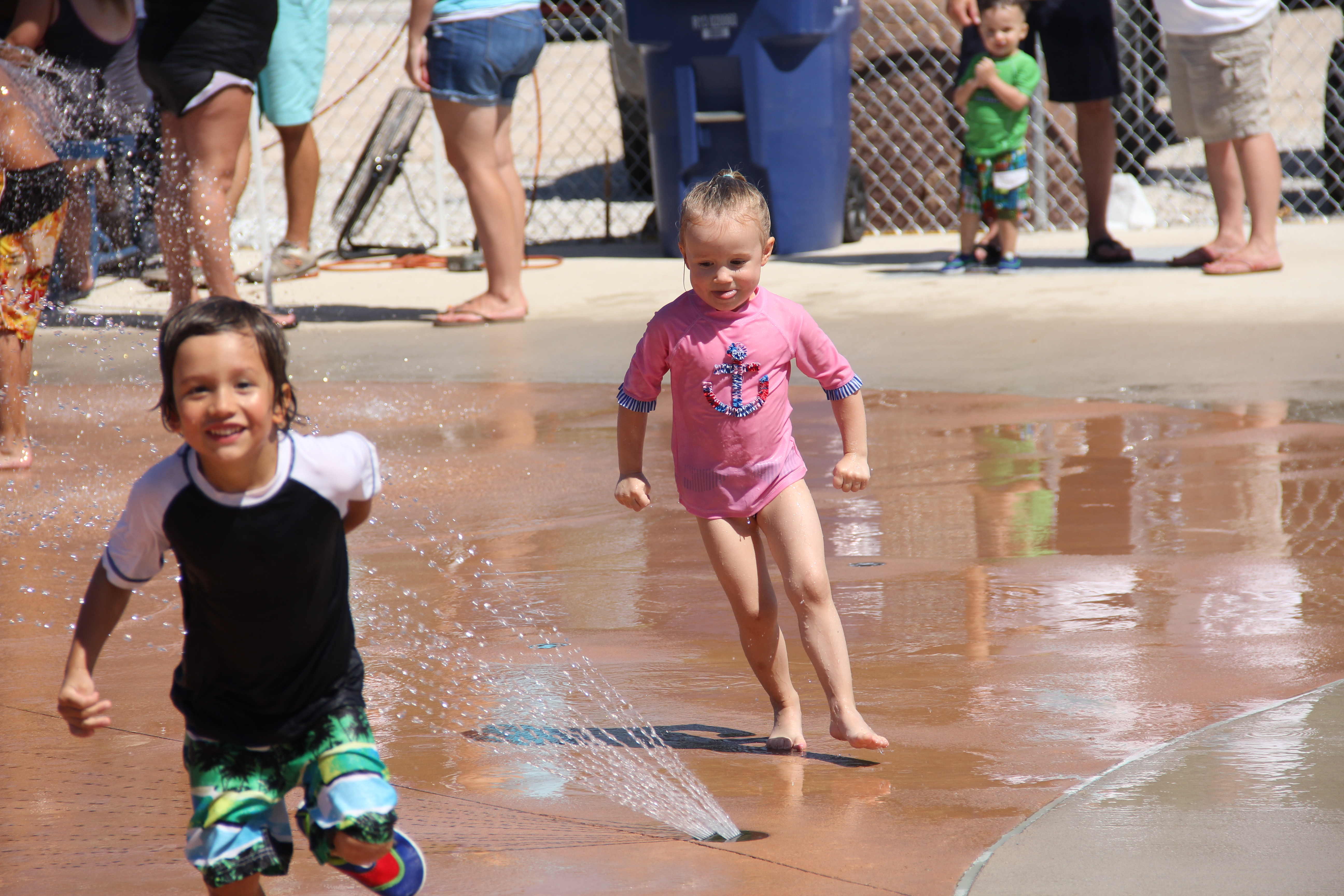 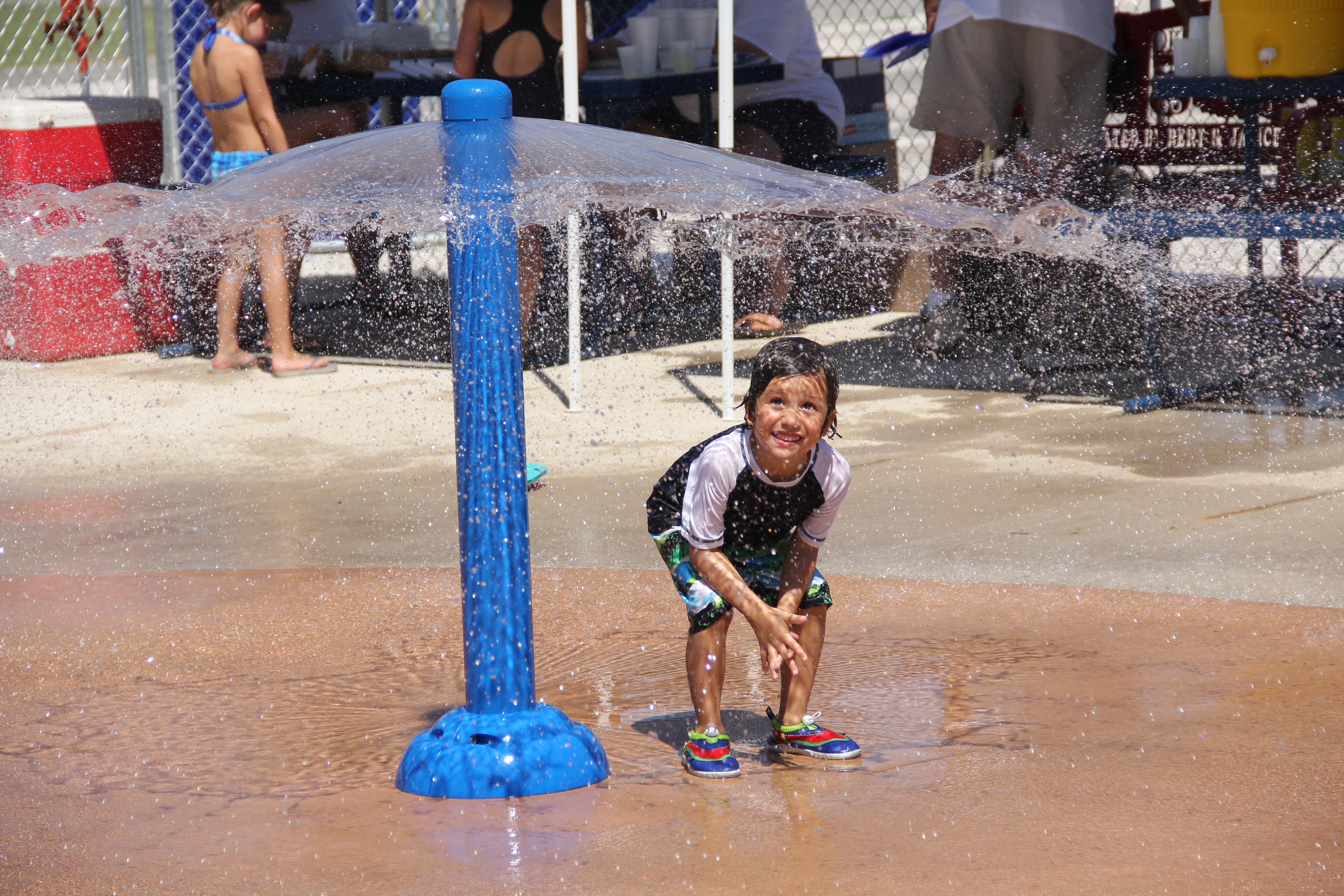 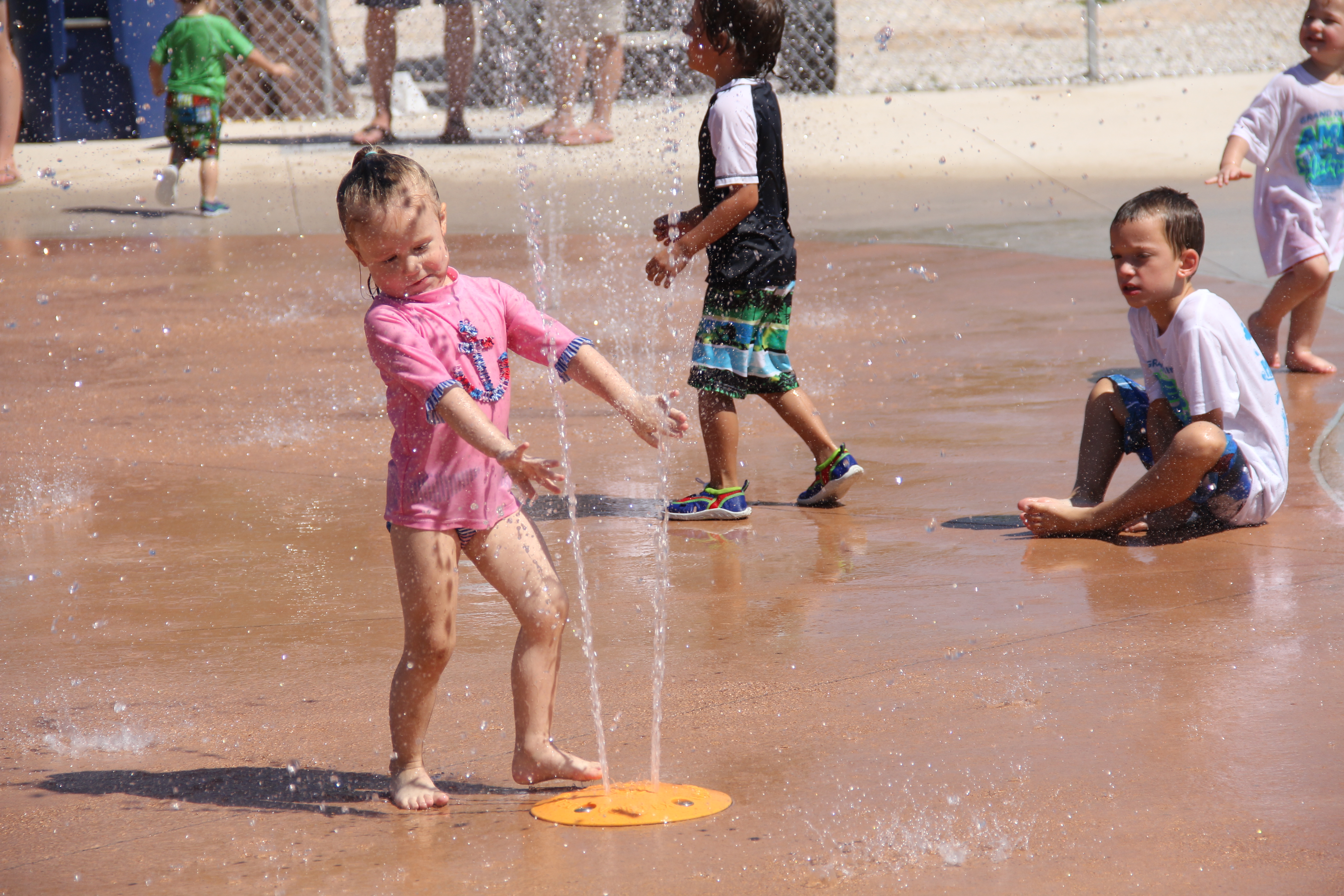 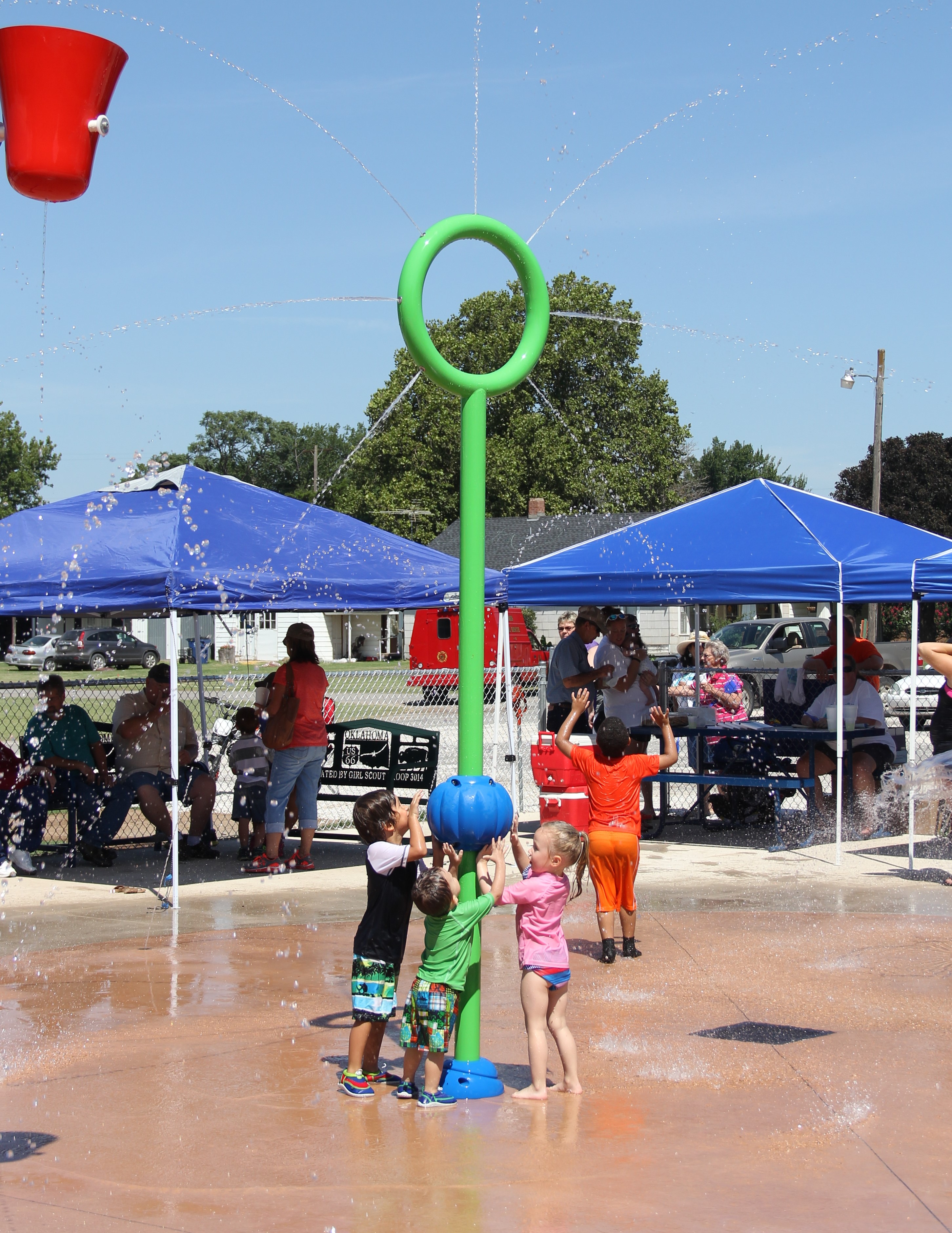