During the Summer of 2013, the City of Claremore opened its first Splashpad. The Splashpad was a long-awaited park amenity that was funded by the Claremore Parks and Recreation Department through a Sales Tax Park Fund.

Economic sustainability is at the forefront of this design. By planning ahead and selecting features with the SafeswapTM anchoring system, additional above ground features can be installed at a later date without the need to modify the existing infrastructure. While awaiting the future features, the installed SafeswapTM anchors are equipped with Spray Caps that still offer play value for children. Additional planned features include 2 Watergarden Leafs and a Bamboo No. 8.

“We are extremely pleased with our Vortex Splashpad. This is our first and currently only Splashpad in Claremore and the children of our community have enjoyed it immensely. The Splashpad has been the best and most popular addition to our park system in years.” 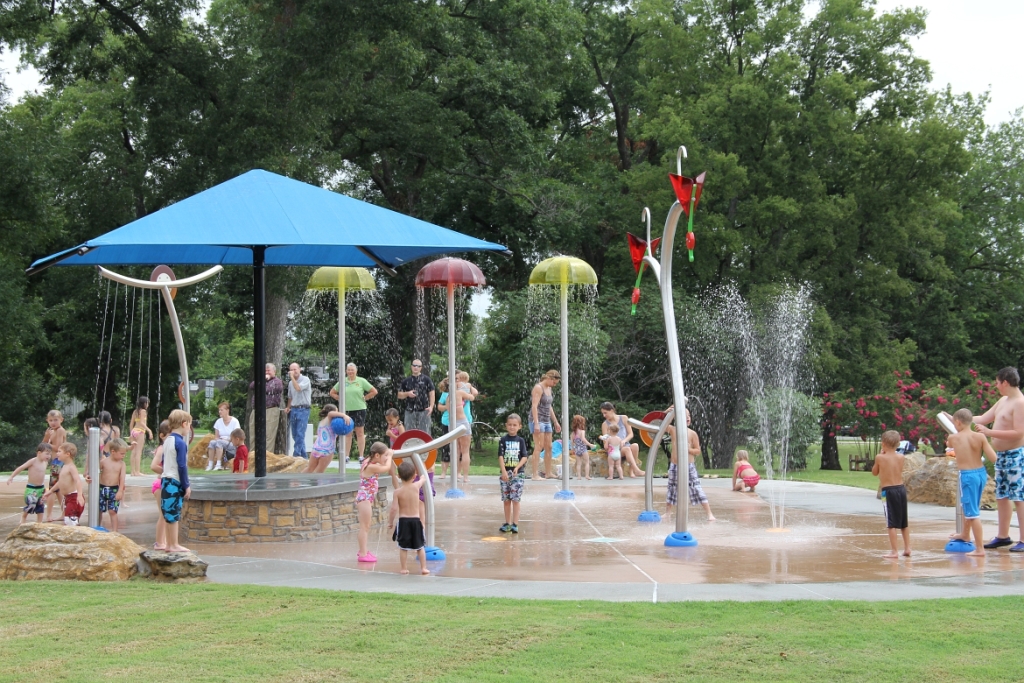